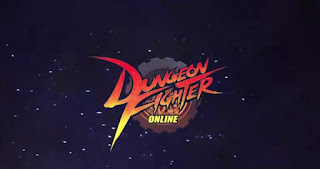 Before I really start with how this game plays, I think it is important to explain just how much of a pain it was to download this game. Dungeon Fighter Online is available on Steam, so of course that was my first thought about where to download the game. However, it ending up taking three attempts of downloading this game to actually get it to work. Once from Steam, which it turned out that Neople, the developer and publisher, banned my account instantly for some reason. I went to game page on Steam and found that this was a very common problem. So I went to Neople’s actual site, where it took two more times, using two different emails to get an account that worked. Before I even began to play I was already very frustrated, if I wasn’t reviewing the game for the podcast I would have given up. Several days after my first attempt to download the game, I received an email from them saying they suspended my account, and they wanted feedback on what I thought of the game.

Gameplay here is similar to classic 2D side-scrolling arcade hack and slash games. You could almost say it plays out a little like Golden Axe, Streets of Rage, or Battle Toads Double. I say almost because those games of old did side scrolling fighters better than this does. Using the arrow keys for your movement instead of the wasd keys is a huge mistake in my eyes. Instead all the letter keys go toward using your moves. And there are a billion of them. I found myself figuring out which spell would heal or buff my character, mapped that key to something I would remember, and then just pushing random buttons as I played to use offensive spells, they all did damage, so it didn’t matter.
Levels are incredibly linear, there are zero choices to be made here. You fight the monster on one screen, once you kill them you find the door, which is in a random direction (top, down, left or right) but there is rarely multiple choices to make here, maybe when you get further into the game play you see some of that, but didn’t all week.

Dungeon Fighter Online also takes after games like Diablo and Path of Exile. There is a regular leveling mode, and then a hardcore, once you die your character is gone mode. I never once felt the fear of dying, but I guess it does happen. There are a lot of classes to choose from as well, more so than most games like this, and there is usually a male or female version of each. Classes seem unique with unique moves and looks about them. I would be remiss for not mentioning that the female version is not 100% safe for work either.

There was a lot I did not get to experience here. None of the guilds, pvp, or raids. Reading about end game content there seems to be enough stuff to keep you busy. I have read that the end game content can get tiresome quickly, which I wouldn’t find surprising.
I found gameplay to get stale very quickly. I started with the Priest class, played until I unlocked the subclass, played that for a bit before trying a ranged class. I found the range class to just be terrible. I then thought I would try another class, but was only allowed to make two characters a day. I tried a few more classes. They all feel different enough for a bit, but it really is just button mashing.
The story did not engage me either, most mmo type games struggle with this so I don’t hold it against the game.

I found the controls to be terrible. Not being used to using the arrow keys really made for an unpleasant experience, and there was no way you could use a controller with so many spells.
Overall this game is a pass. If you want to do real dungeon crawls go play Path of Exile, it’s free, looks better, and has more content updates.

You can listen Budget Arcade's episode on Dungeon Fighter Online on Anchor, or search for the podcast by name.

Elliot is a part of the weekly Budget Arcade podcast. Find him on Twitter at Elliot_Argues You can also find his other podcast Tessa and Elliot Argue where you find podcasts.
at 12/17/2019 05:00:00 AM