-Overview
Released on October 17, 2019 Pixel Path was developed by Supersonic Software and published by AppyNation. Pixel Path is a free to play game available on iOS, Android, and Amazon appstore. Pixel path is a puzzle game with the goal being unlocking pixel art.

-Gameplay
The board for Pixel Path looks similar to a completely solved stage of Mine sweeper with open areas and blocks with numbers scattered around. Each number has the same number to match it to. Starting on one of the numbers you have to drag your finger along a path that uses the same number of boxes that the original number has on it to the corresponding number. The original and last box both count as one number each.So for example if you start on a two you'll drag to a two directly next to the first because the first number counts as one box and the second number counts as another box. A three would require the first three a blank box and the last three and so on and so forth. Each of these numbers is also color coded to create a sort of "paint by numbers" that ends in a pixel art image as the goal.

-Paywall
The game requires you to have "keys" to unlock levels and as you progress you don't earn very many. there are however points when you do earn the "keys" you have the option of taking the amount of free keys or watch a sponsored video to gain more of the "keys". I imagine the farther you get though the more likely that you'd need to purchase more keys so I'm going to rate this as a pay to progress. There is also a "gold" currency within the game and so far it's only been used to erase moves that you've messed up on. I image you can also purchase that if you run out as well but at the time of writing I hadn't reached that point.

-Judgment
The music was relaxing for the first 15 to 20 minutes of game play but then got repetitive. There was only the one song as well and was a trance/space music esc song. Game play was simple to learn and didn't pose too much challenge at the level I was playing at. The pixel art is great on the main pages but the art that you "create" is a bit lacking and most times you can't tell what the image is unless you look up above the image where it says what it is and you get that "aha" moment. I don't foresee it getting much harder either. Over all it was an enjoyable experience but I don't see a whole lot of play coming from this game. I recommend trying it out but I don't think the re-playability is there even with over 300 puzzles and more to come.

Paint the paths to reveal the picture! A beautiful pixel puzzle that anyone can play.

An all-new challenge from the creators of PICTURE CROSS and PUZZLE PAGE.


Pixel Path takes moments to learn – simply touch and drag to link together each pair of squares with the same number and colour. As you solve each puzzle you’ll build a mosaic picture, and reveal part of a larger animated scene.


Pixel Path‘s puzzles are grouped together in Puzzle Books, each themed after a popular tourist destination (along with some more fantastical settings) all illustrated with beautiful original pixel art.

Starting in Paris, France, your path will lead to lost jungle temples, the bustling streets of New York, the Great Wall of China and even the depths of the ocean! Where will the adventure lead next?


■ Over 300 puzzles with many more to come
■ Unlock puzzle books themed around exotic locations and adventures
■ Reveal beautiful animated scenes
■ Use hints to easily find and correct mistakes
■ Stunning pixel art brings the world of Pixel Path to life! 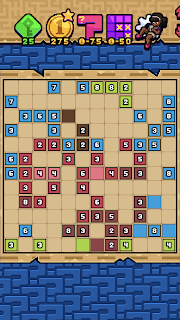 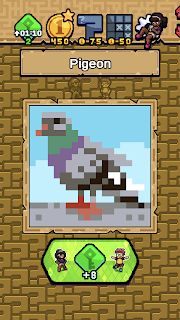