It was during my sophomore year of college that the Xbox 360 really started to take off. The original Xbox was still around, but most of my circle of friends had moved on from the previous generation of consoles to the 360 era. I don’t know how it was for you, but for me and those around me we all had an Xbox 360. Playstation just didn’t grab our eyes. Games like Halo had come in and changed how I played games. Halo parties, where we would take 4 Xboxes and link them together to play 16 player matches of Halo quickly became a normal Friday night. It was magical, groundbreaking, and an excuse to spend all of Friday night at a friend’s house.

Then Halo 2 and with it Xbox Live. If you were around during that time, I don’t need to tell you how game changing that was. If you weren’t, just look around you now. Online gaming is what it is today because of Xbox Live and games like Halo 2. Gone were the Friday nights at a friends house. Here to stay were the long nights, next to the blue glow of a screen with a headset on, talking about how garbage the person on the other end of the microphone was; and what you wanted to do to their mom.

Online games got better too, and quickly. Call of Duty: Modern Warfare was one of those games. Just about everyone had that 4th Call of Duty game. My roommate and I would find ourselves coming home from class in the evening, logging into our school’s internet. On campus we were able to play with anyone else that had a 360. Hours upon hours would be spent playing Modern Warfare with other people who lived on campus.

Then came games like World at War, Modern Warfare 2 (the best in the series), and Black Ops. Each one bigger, and arguably, better than the last. And like anything, when you release a new version of the same thing year after year, you get diminishing returns. Unless your Apple, people will still buy the same phone every year, whole sucker being born everyday with that one, I guess.

It’s to the point now where most people don’t even bat an eye at the new Fall release of Call of Duty. I haven’t really noticed them the past few years. There are quite a few shooter games out these days, the most popular ones seem to be battle royales. I’ve moved on from my college days, and with that my love of the shooter has dwindled, and Call of Duty is no longer on my gaming radar.

That was until this year, and a new free to play version, Call of Duty Mobile (COD Mobile) has been released. Releasing on October 1st of 2019, 24 days before the actual “big” release of this year’s main game, a remake/reboot/rehash of Modern Warfare; it’s here to tide you over till then. And to be honest, I’m kinda sold on it.

I don’t think shooters work well on mobile phones. I even have a hard time with shooters and controllers. Once you make that switch to PC it’s hard to argue that shooters can be better on anything else. Disagree? I don’t care, your opinion is invalid, because I am not capable of rational thought. Is anyone even reading this? Let me know.

Booting up the game was pretty simple, and much like other games of this nature you are immediately greeted with a login screen, please connect to social media before playing, so we can spam posts into your feed in an attempt to trick your friends into playing as well. Also, agree to our terms of service, it’s legit, and I’m sure they’re not collecting data to sell to other companies…

After all of that you go right into a training mode. I was playing on an Iphone 8, so not the biggest screen, I found the type to be a little small, maybe it’s my age, but I just kept pushing the button the game highlighted, trying to get through the tutorial. I know I’m poo pooing on it but the tutorial really was simple, and effective. One of the things I do like about this game is how they handle the controls. You can be basic, which is what I went with, after all I am basic. This mode does the shooting for you when you have someone in your cross-hairs, you use the left half of the screen to move your character forward/backward, the right half to move the cross-hair, almost like having two analog sticks. It doesn’t matter where you put your finger on the screen, as long as it’s on that half of the screen, it will work. And, it works well. I would play more mobile shooters if this was the method they used.

Like most of these types of games, it is filled to the brim with micro transactions, loot boxes, and battle passes. I COD Mobile has this in spades, no exception here. I don’t know what I can say that would be new to add to this discussion. Not a big fan, I get games need to make a profit to justify their existence. It’s here, it’s pretty standard, in your face, constant barrage as you are just trying to play. No one really likes it, I’ve said enough.

There is a battle royale (BR) mode here as well. I did not play the last Call of Duty, Black Ops 4, but I know there was a BR mode to that as well, and it was well received for the most part. The one on Mobile requires you to reach level 7 in order to partake, makes sense, learn a little about the game before you actually go in. Level 7 took almost no time at all to get to. I found the battle royal not as fun as the normal run and gun death match. The BR took too long, and it really seemed as though I was always playing against the computer.

You can add you friends, and there are clans that you can enjoy. Playing with your friends isn’t hard to do, and does add to the enjoyment. The voice chat isn’t great, but for a mobile phone game it is better than some other options. Thankfully there were not a pile of nasty teenage boys screaming, the only time I heard people talk was when I was playing with friends.

Like most mobile games, ads are everywhere. Every time you log back into the game you are bombarded, and of course the buy button is three times the size of the close button. I found it bothersome, but not surprising. I could easily see how a child, or manchild could click the buy button by accident. User beware.

Overall for mobile first person shooters this is the best one I’ve tried. But let’s not forget that this is a FPS on a mobile phone. This just isn’t a genre that belongs on a phone. If you must, then have at it, but I would rather spend my time on other games.

You can listen to our episode on Call of Duty Mobile on Anchor, or wherever you find your podcasts.

Elliot is a part of the weekly Budget Arcade podcast. Find him on Twitter at @Elliot_Argues You can also find his other podcasts; Tessa and Elliot Argue, and Wall Pull where you find podcasts. 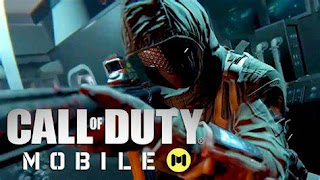