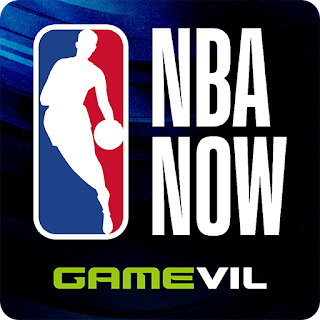 NBA season is back and with it comes NBA Now a new free to play hoops game on your mobile phone.  What could go wrong?


The biggest NBA video game series, NBA 2k and its closest competitor in a distant second, NBA Live, both feature a My Team, and Ultimate Team mode respectively.  This mode is built around microtransactions. You use real money to buy packs of players to build a team around. To take online and play against other players and/or the AI.  While I don’t really have a problem with this mode, I always thought it just should have been a free to play game that anyone can download. Instead, you pay for the full priced game to play a mode that uses a free to play economy.  This to me is inexcusable.


With that said, on your cell phone, you can now get NBA Now for free.  It released 10/22 the same day as the start of the 2019 NBA season. In NBA Now you pick your favorite team and you have access to their roster. This is very different than most NBA games F2P modes. Usually you get a couple packs of random players to fill out your team.  So if you wanted to play as Lebron, you would just have to get lucky or fork over some money. I picked the Bucks and was happy to see that All-Star player Giannis Antetokounmpo was available right away, granted these players are not as powerful as you would see in a standard NBA game mode. Therein lies the hook. To build your team up. Either through spending “dumbells” on training, or pulling better players from packs. You also get a free prospect pull every day.  A better star pull every 2 days, and another SUPERstar pull every 5 days. This is a good feature to keep you logging in to the game everyday hoping that your get a player you are ready to dump all your resources in to building.


You are going to have to rely heavily on boosting stats, because you will not be able to make up for a weak team by just being good at the game.  I know most mobile games have to simplified controls to fit on a touch screen, but NBA Now took control largely out of your hands.


First thing you do is pay season tickets to get in to the game.  These refresh fast enough, and I only expect the most avid players to run out before having to pay. When the game starts, it immediately simulates the first 3 quarters of the game, then you get to play the fourth quarter. So far I haven’t had it give me an unwinnable situation after the simulation. You can play against the computer or in PVP and I can’t prove this, but I suspect this ‘PVP’ pits you against other players teams, but they aren’t actually playing you.  My only real evidence is that you pick from a list of waiting players and the game just starts. There is no waiting for matchmaking. Again, this is just speculation but try it yourself and see.


I mentioned before the game takes control out of your hands, and I mean it. When the game starts there is no tip-off, again the first 3 quarters are simulated, and there is no tip off to start the 4th quarter.  You do not control the movement of your player, they move on their own. On offence there are three buttons on the screen. Shoot, Pass, and drive to the hoop. That’s it. No digital joypad to move your player around.  On defense it is even more sparse. With just a defend button, and a more aggressive defender button. You can’t control when to attempt a steal or a block. This game made me feel more like a coach yelling at my players hoping they would listen.  When you do shoot the ball, there is a meter that comes up that allows you to improve the chances of your shot being successful. That is the closest to a game this gets. I think if you come into this game as a management sim with light controls you might be happy, but largely I was expecting a better experience.  On a good note, the sound of the crowd is nice and loud and adds to the atmosphere. The graphics, while not great get the job done, but I found the framerate a little lacking on my Google Pixel 3a. Overall, I can’t recommend this. There are some nice ideas, and being able to have my starting team be the full starting 5 from the squad of my choice is real nice compared to other games. The gameplay is just non existent.  What a disappointment.


Since being on Budget Arcade, I have had to play a lot of mobile games with Scott and Elliot.  I am by far the biggest skeptic of the three of us when it comes to gaming on the phone. I just don't like the lack of tactile controls.  That being said I have played some pretty good games that are able to deliver a good experience with the limited options of the touch screen interface. PubG, Call of Duty Mobile, and Mario Kart Tour to name a few.  I knew there had to be a better basketball experience on mobile than this.


I downloaded NBA Live Mobile by EA Sports.  Now I know, EA doesn't have the best reputation.  But when I go into something like this, knowing that it is going to be heavy with microtransactions, and coming off of NBA Now, I am very open minded that good times could be had.


First things first.  This is a video game.  You control your players.  You get to shoot the ball, pass, block, steal.  NBA Live Mobile, at its core, is a basketball video game.  So it’s already better than NBA Now.


This is EA's ultimate team without having to buy a full priced game to play it. When you start the game you pick a team, but really you're just picking the jerseys your squad will be wearing. You'll open packs of cards to build your roster.


Once you have your team you can play with them in a season, or Showdown mode. Showdown is kind of a multiplayer mode.  You and your opponent play against AI controlled versions of each others teams. Then the total score from each game determines the winner.  It’s fine, but I would have prefered testing my skills against another player.


Season is where I spent most of my time. You play 14 games, then if you win 7 of those you move to the playoffs where you would play 4 single game rounds to win the championship.  The brevity of this season length is welcome. As you play games you win packs and gold to help improve your team. You also gain shards to unlock specific players. Even without spending money you are constantly getting new players and currency to use to build your team. Along with this, you also get free packs daily and weekly you get premier packs to get even better players.  You can also spend gold to get packs. I should also mention you slowly gain the premium currency for free while playing, something a lot of other free to play games do not allow.


When it’s time you play you spend 50 stamina per quarter of play (200 for a full game).  You accrue stamina over time, to bank up to 330, currently I have 655/330. I found this to generally be enough unless I played shorter skills modes or went on a long play session.  You can also get more than the 330 limit by leveling and accomplishing goals while playing. You can of course buy stamina recharges with real money, but I never felt like I needed to do that.  Should you run out of stamina mid game you can save, and complete the game later. This makes NBA Live Mobile perfectly suited for short play sessions as each quarter is just 2 and a half minutes.


These are a lot other modes I haven’t been able to try, like joining leagues.


When it comes to having a free NBA game on your phone NBA Live Mobile is miles better than NBA Now.  Live is my go to game on my phone for waiting rooms and toilet time. If your a basketball fan, I heartily recommend it.