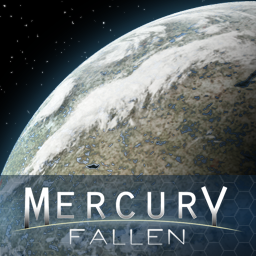 Mercury Fallen is a casual sci-fi colony management game developed and published by Nitrous Butterfly. It was released in April 2017 as a prototype on itch.io and October 2017 on Steam (PC and MacOS). At the time of this review it is in early-access and has a very positive rating by reviewers on that platform.

Mercury Fallen is about space exploration and colonization gone awry. A corporation called Infinity Corp started sending people into space to colonize other planets, and those people wake up from their cryo-sleep chambers underground and their surroundings in shambles. From there you start begin  mining the area around you and building a way to survive and expand. Typical sci-fi plot, but not one that really does more than set the stage of why you’re there.

In Mercury Fallen, there are various “difficulty” levels to begin with, which pertain to how many human colonists and robot helpers you have. There is a list of skills that both can specialize in, such as mining, engineering, botany, hauling, and building. Humans also get quirks that can be positive or negative, such as being muscular or frail, lazy or ambitious, and sickly or anxious. Robots don’t have quirks, but need to recharge their batteries from time to time, which requires you to build power generators and charging stations.  There were no quirks referring to combat, so you shouldn't expect to find aliens or hostile wildlife, which is appealing in a casual sim game.  Perhaps I didn't get that far, or it may be added in a future update, but I like that this game focuses more on mining, exploration, and building and doesn't try to add a layer of combat.

Early on you’re given a couple of missions to complete, tasks like exploring, mining and building. These missions also act as a sort of tutorial. If you don’t dig into the menu (pun intended) for the missions, you will have to try to figure out how to select, move, and sift through the interface. Some of it is intuitive, and some of it takes some reading and practice as there is quite a bit you can do within the UI. In a way, it’s very Sims-like, where a human’s personality, skills, and needs determine what they do at any given time. Much like a Sims-type of game, I found myself setting up the units in a way I thought would be self-sustainable, walked away for a bit, and came back to either find things where I wanted them to be, or I made mistakes and found corridors full of vomit from sick workers and electricity brownouts.  Exploring is done by mining through the ground, instead of telling a worker to start patrolling the fog of war. I found myself constantly wishing that there was a way that you could give the people waypoints and set your own queues of tasks, but it's understandable how that might take away the meaning of each person’s quirks and the casual game label.  Materials for building are either mined from the ground, found in caches, or by deconstructing existing structures that you find while exploring. If you don't manage your jobs and materials well, you'll find yourself hitting a wall before long.

Mercury Fallen takes place mostly underground, but eventually you receive a mission to build an elevator to the surface. I admit, even after hours of playing, and many restarts in the game, I never had the materials to build the elevator. I got very close once! I thought my jobs were set in a good queue, so I walked away for dinner, came back and half my humans starved. Luckily I found a couple of new life pods with some workers, but they weren’t savvy enough to mine or produce the right materials to finish the job. I’m determined to see the light though! To be continued…

In the end, Mercury Fallen has a great start to a sci-fi sim game that still needs some polish to make it truly shine. The dev plugs this game as a casual sim game, but with all the menu reading and unit queue management, I found that learning the ropes is a little more strenuous than it should be. I don’t find hand-holding tutorials appealing at all, so I'm thankful for that much, but it wasn’t as casual to play as I would hope. The concept is fun, but the goal still seems very far away despite all my attempts at it.

I'll definitely revisit this game later to see how it's improved, but for now I'll rate Mercury Fallen as a Six out of 10. It got its hooks into me, but after hitting walls with the progress and the interface, I will most likely put it down for other games and pick it up again later to see how it has improved. Keep on flying Nitrous Butterfly, and I look forward to seeing your future iterations of this concept metamorphize into greatness.
at 7/04/2022 10:00:00 AM 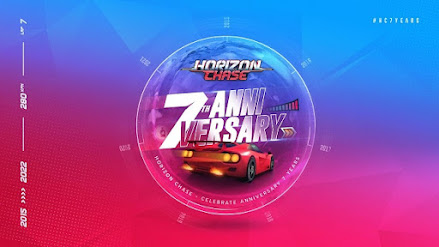