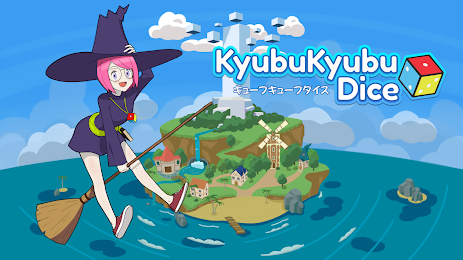 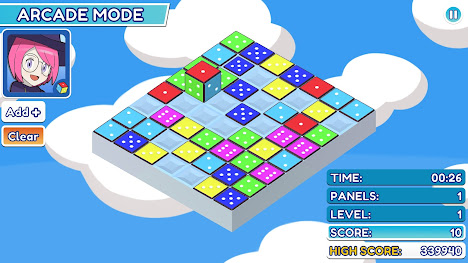 Currently, there are two modes of play, arcade mode, and puzzle mode, in addition to a tutorial. In arcade mode, you have a board of 7 by 8 squares, and your die starts in the center. As time ticks down faces of the die will appear on the board, your job is to roll the die so that the corresponding side of the die falls flat on the board where the faces have appeared. If you manage to match multiple sides subsequently it will create combos and when you roll onto an open spot with no face and will clear an area around your die depending on how many faces you managed to match. As you progress through levels the time between spawns will decrease. There is no level cap in this mode, but the spawn rate will be so great by level 130 that it would take a master to be able to contend. 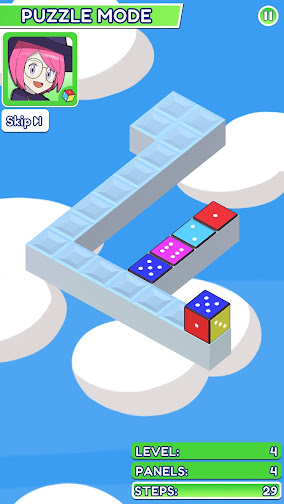 Puzzle mode is just that. Each level has a different layout with a different objective. You do have to meet the objective within the given amount of moves to pass the level. The mode does mix it up with raised blocks that really turn up the difficulty factor. There are 25 puzzle levels at the time of writing, with more to come in future updates.

The game is free to play but does have some intrusive ads. Currently, an ad plays at the beginning of play, there is also a banner ad at the bottom of the play area. The developer is working on changing this and is considering offering the ability to remove ads completely for a small fee. There is also talk of adding cosmetics to the die, as well as future updates with new game modes including multiplayer. An iOS version is in the works, but no projected release date as of yet. 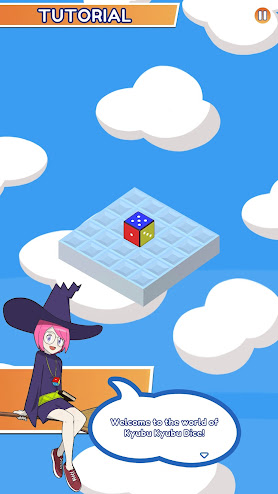 Baring the intrusive ads (which the developer has stated he plans to change) this is a near-perfect game. Also, the start of arcade mode has an awkward pause before any blocks are added to the board. I believe this game could become as popular as Tetris. The different game mode possibilities could make the replayability of this game quite high. That's why I'm giving the game an 8 out of 10. If you have an Android device, go download it and give it a try.