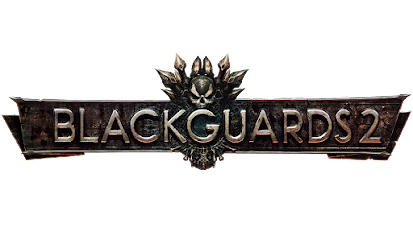 I am by no means an expert in Dungeons and Dragons. I've played a handful of campaigns with some friends which none of them ever completed. I enjoy the game when I have time to play, and I know people are hosting a game. Why do I bring this up, you might ask? Because the game I'm reviewing today feels like it's been ripped right from a D&D campaign. Blackguards 2 developed by Daedalic Entertainment was initially released on January 20, 2015, for PC and OS X and then released on consoles in June 2022. I played the Switch version for this review. 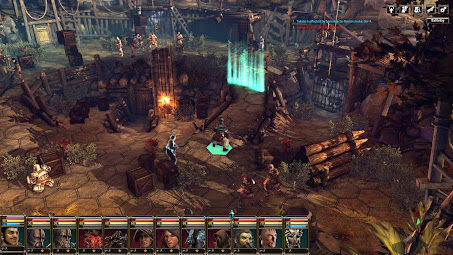 The game plays like a tabletop board game version of Dungeons and Dragons. Each level of the game has hexagonal tiles which correspond to where characters can stand. The character's stats will determine in what order they play their turn. Each character is given a move set and may move to the maximum of that move but without the ability to perform an action after moving. Instead, you may opt to move the character within the minimum move set and perform an action. Spells and items can and should be equipped, as well as armor and weapons. The game is turn-based and there is an element of RNG involved when performing attacks, as I found out when my character missed multiple times in a row. Weapons and armors have stats specifically to that item and they don’t correlate to another similar item. Like in Dungeons and Dragons, if you have a weapon, it has pluses to specific stats and negatives to other stats. And there’s no way to improve on those stats like you can in JRPGs. All your stat increases only come from when you level your character. 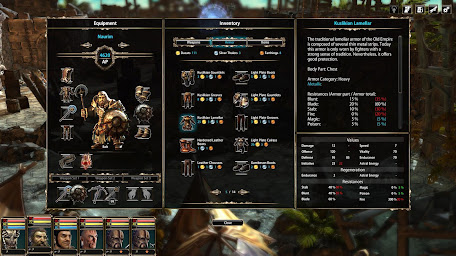 When your character does level, you have to allocate stats on your characters; unfortunately, this is where I ran into problems. Before I started this game, I was unaware that one of my Switch Joy-Cons wasn't working properly, and by that, I mean my right bumper was completely broken. Unfortunately, this meant that I couldn't get to the page where stats could be allocated, the page where spells could be selected, as well as various other pages. So, my first go-round was riddled with frustration and dismay. The first few levels were fine, but when it came to later levels where I had to have spells and other skills selected, I was out of luck. There is no way to get to the pages that I needed to access. The menus didn't wrap around, so I couldn't use the left bumper to access the proper menu. After replacing my Joy-Cons I was able to access the proper menus and progress through the story. I'm not going to pull any punches, and Blackguards 2 doesn't either; it is frustratingly hard. If you don't do what exactly the level is looking for you to do, you're not going to pass them. If you are told to escape the area, you need to escape and not stick around to fight the enemies on the map, as you will most definitely fail the level. I made that mistake around the fifth level and was forced to replay it as I was quickly overwhelmed by the forces being thrown at me. And by being forced to replay I mean that I played it over, and over, and over again. That being said, the game is engaging and has a well-thought-out story. And the 25 to 30 hours that it takes to complete the campaign is well worth the $19.99 price tag. 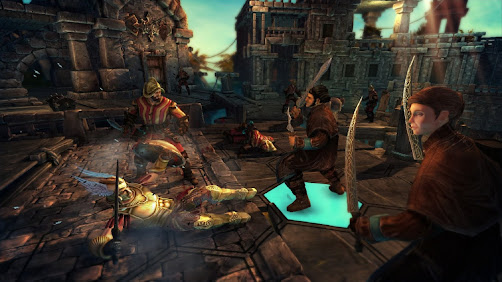 I would only recommend the game if you're a hard-core Dungeons and Dragons fan; however, for the casual gamer, I don't know if I would. The game could use some quality-of-life changes like having the menus wrap when a button might be malfunctioning. Or showing stats that compare weapons in the shop to the current weapons equipped. It is a daunting task to get through Blackguards 2 and it can be frustrating at times. On some levels it’s unclear as to what route to take to get through. On other levels, the odds are so overwhelming against you that if you don’t take the proper path, defeat the correct monsters, or even have allocated the correct stats to your characters, you won’t pass. Because of this, I have to give the game a 6 out of 10. It just isn't for me with my limited time, I can't afford to repeat levels over and over just to pass them. I didn't see a way to decrease difficulty; sometimes it's needed, especially in this game. I did run into a critical error that shut the game down completely when I tried to cast a barrier spell to block some enemy advances. After this occurred, I didn’t try to recreate the error as I was already on my fourth time of retrying the level in question.