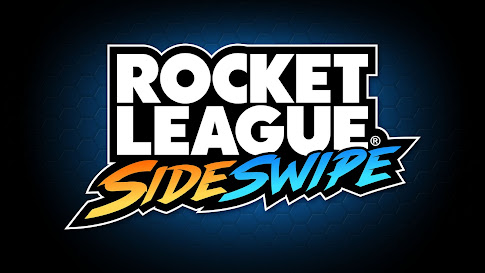 Rocket League Sideswipe developed and published by Psyonix on November 29, 2021 available on Andriod and iOS. Rocket League Sideswipe is a R/C car sports game that mimics concepts from multiple ball based sports games including soccer (EU football), basketball, volleyball and tennis, depending on the game mode. Based off the original Rocket League concept where you drive your R/C car to dribble and bump the ball into the opponent's goal, and use rocket boosters on the back of the car to propel yourself though the air while balancing the ball to accomplish scoring points. Unlike the original game which was 3D, Rocket League Sideswipe is a 2D side view of the field with only the ability to go side to side and up and down on the play field. 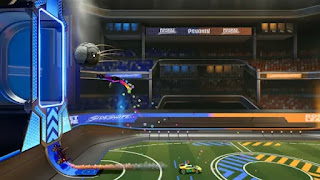 Despite the differences in game play Rocket League Sideswipe stays true to the original concept. The game feels similar enough for anyone transitioning from PC or console will not have a hard time adapting; especially if they are already a master of the original's mechanics. This version is far easier to control and I felt that even my small brain was able to comprehend enough that I didn't feel dwarfed in skill to other players. 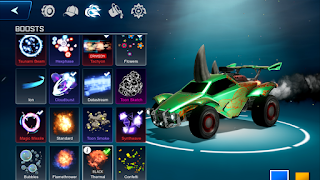 At the time of our review there was no paywall for the game. Cosmetics were all earned through playing and the store's in-game-currency could only be gained from actually playing. We struggled to understand why there were no in game transactions. We concluded that Rocket League Sideswipe is a gateway to Rocket League proper, perhaps targeting those who haven't played before.

Overall the game is well polished, with various styles of game play. They do rotate game modes to include different variations to keep things fresh. When we started playing Rocket League Sideswipe included in the standard 1v1 and 2v2 modes, as well as a basketball variation. However, halfway through our playtime with the game the basketball mode switched to volleyball. It was fun to play though after we completed our review of the game. I wasn't really drawn back into the game like I was for the original Rocket League. Because of that I give Rocket League Sideswipe an 8.5.

Listen to our episode on our YouTube channel or wherever you listen to your podcasts.